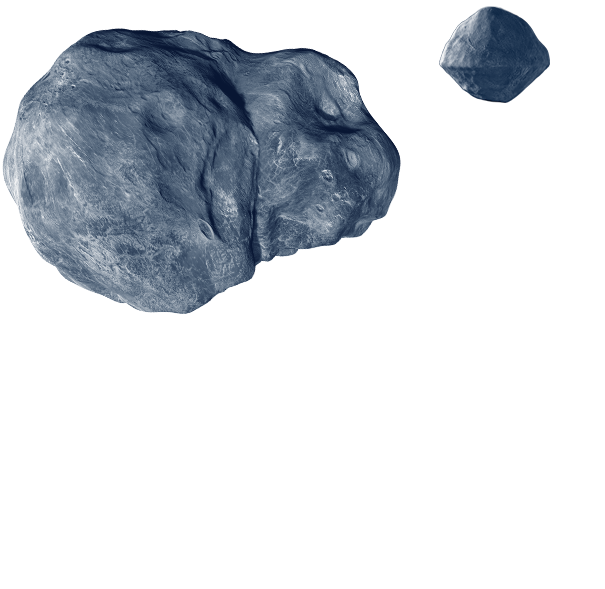 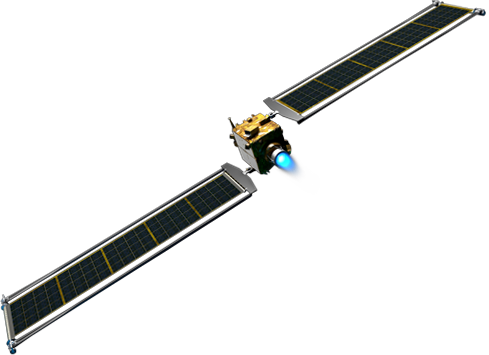 An on-orbit demonstration of asteroid deflection is a key test that NASA and other agencies wish to perform before any actual need is present. The DART mission is NASA's demonstration of kinetic impactor technology, impacting an asteroid to adjust its speed and path. DART is the first-ever space mission to demonstrate asteroid deflection by kinetic impactor. The spacecraft launched on a SpaceX Falcon 9 rocket out of Vandenberg Space Force Base in California. 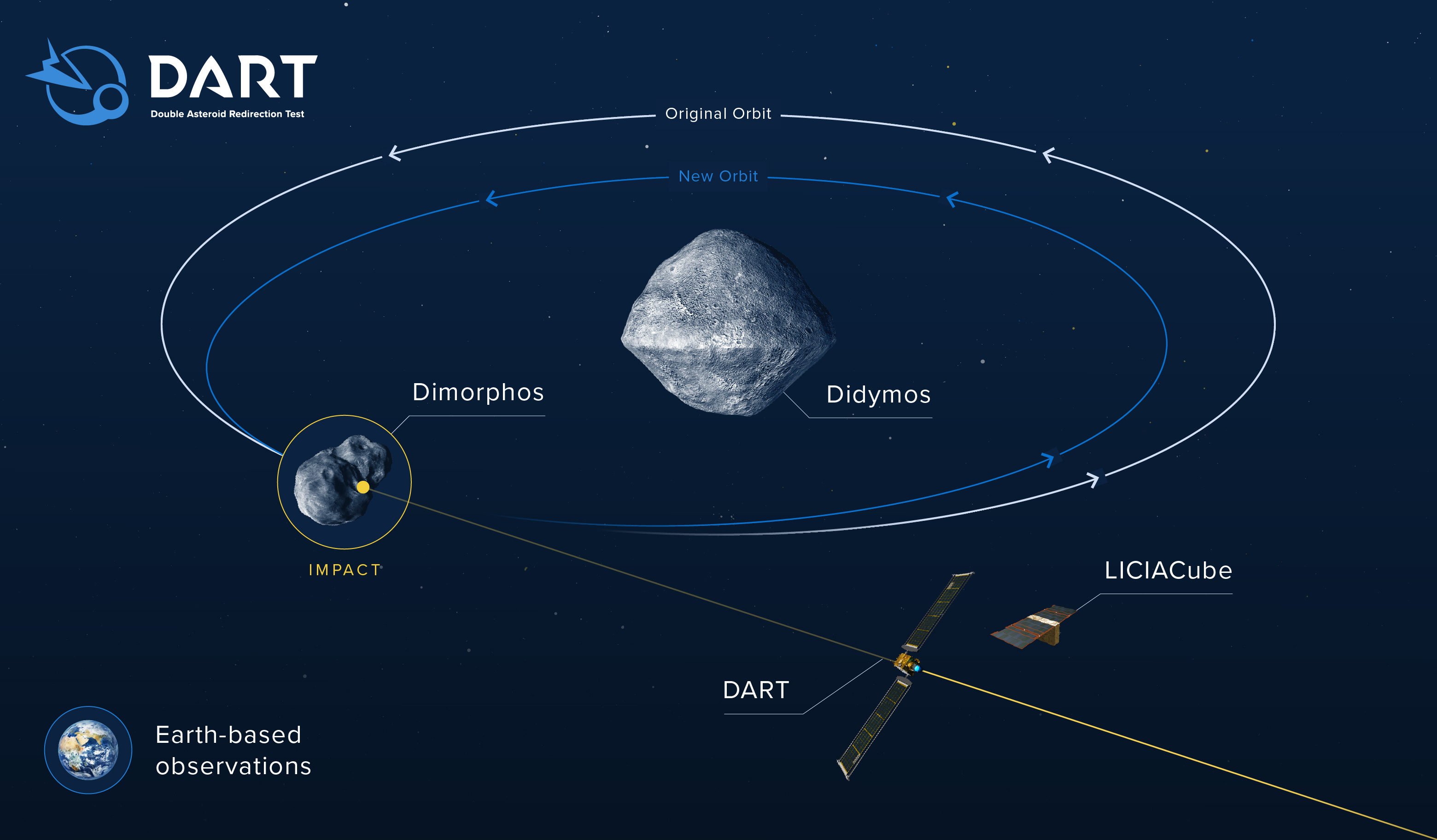 DART's target is the binary asteroid system Didymos, which means "twin" in Greek (and explains the word "double" in the mission's name). Didymos is the ideal candidate for humankind's first planetary defense experiment, although it is not on a path to collide with Earth and therefore poses no actual threat to the planet. The system is composed of two asteroids: the larger asteroid Didymos (diameter: 780 meters, 0.48 miles), and the smaller moonlet asteroid, Dimorphos (diameter: 160 meters, 525 feet), which orbits the larger asteroid. Prior to DART's kinetic impact, the orbital period of Dimorphos around Didymos is 11 hours and 55 minutes, and the separation between the centers of the two asteroids is 1.18 kilometers (0.73 miles). The DART spacecraft impacted Dimorphos nearly head-on, shortening the time it takes the small asteroid moonlet to orbit Didymos.

The Didymos system is an eclipsing binary as viewed from Earth, meaning that Dimorphos passes in front of and behind Didymos as it orbits the larger asteroid as seen from Earth. Consequently, Earth-based telescopes can measure the regular variation in brightness of the combined Didymos system to determine the orbit of Dimorphos. The timing of the DART impact in September 2022 was chosen to be when the distance between Earth and Didymos is minimized, to enable the highest quality telescopic observations. Didymos was still roughly 11 million kilometers (7 million miles) from Earth at the time of the DART impact, but telescopes across the world have contributed to the global international observing campaign to determine the effect of DART's impact.

The DART demonstration has been carefully designed. Didymos's orbit does not intersect Earth's at any point in current predictions, and the impulse of energy that DART delivers to Dimorphos is low and cannot disrupt the asteroid. The mass of the DART spacecraft at the time of its kinetic impact with Dimorphos was roughly 570 kilograms (1260 pounds). The mass of Dimorphos has not been directly measured, but using assumptions for the asteroid’s density and size, the mass of Dimorphos is estimated as roughly 5 billion kilograms. Additional detailed information about the Didymos binary asteroid system and DART’s planned kinetic impact geometry can be found in this publication. Furthermore, the change in Dimorphos's orbit by DART’s kinetic impact is designed to bring its orbit slightly closer to Didymos. The DART mission is a demonstration of a capability to respond to a potential asteroid impact threat, should one ever be discovered.

DART is a spacecraft designed to impact an asteroid as a test of technology. DART’s target asteroid is NOT a threat to Earth. This asteroid system is a perfect testing ground to see if intentionally crashing a spacecraft into an asteroid is an effective way to change its course, should an Earth-threatening asteroid be discovered in the future. While no known asteroid larger than 140 meters in size has a significant chance to hit Earth for the next 100 years, only about 40 percent of those asteroids have been found as of September 2022. 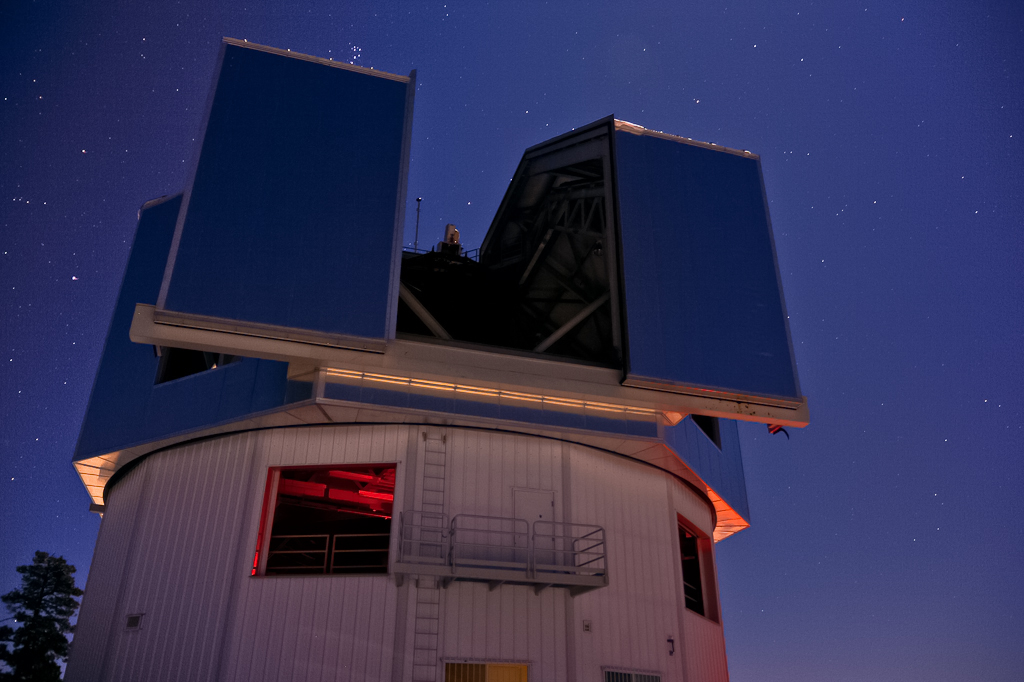 Hera and the AIDA International Collaboration 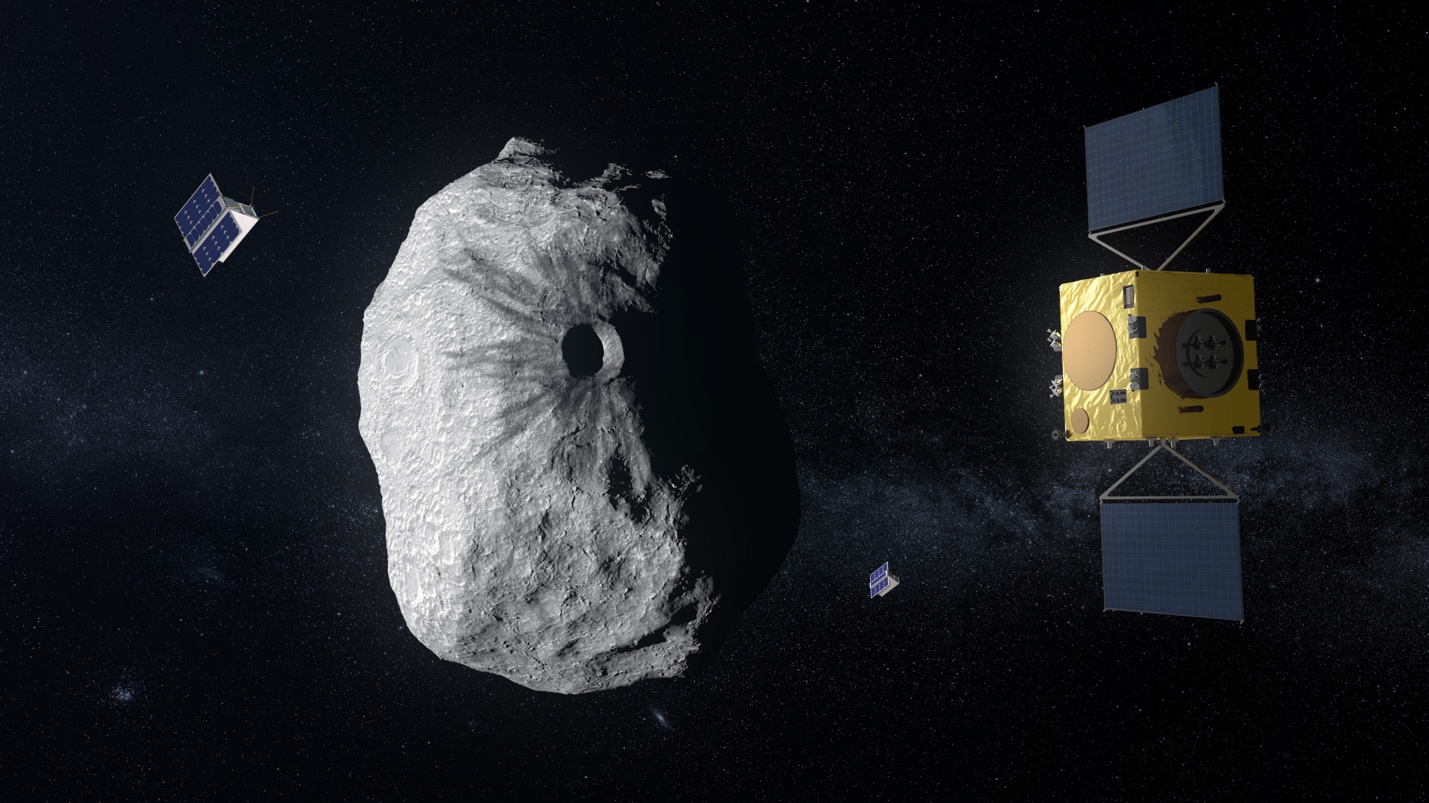 The Hera mission, a program in the European Space Agency's (ESA) space safety and security activities, is planned to launch in 2024 and rendezvous with the Didymos system in late 2026, roughly four years after DART's impact. During Hera's mission, the main spacecraft and its two companion cubesats will conduct detailed surveys of both asteroids, with particular focuses on the crater or surface disturbances left by DART's collision and a precise determination of the mass of Dimorphos. Hera's detailed post-impact investigations will substantially enhance the planetary defense knowledge gained from DART's asteroid deflection test.

The two missions, DART and Hera, are being designed and operated independently, but their combination will boost the overall knowledge return to a significant degree. NASA's DART mission is fully committed to international cooperation, and ESA's Hera team members are welcomed as full members of the DART team, to contribute to DART's planetary defense investigations and to fully inform Hera's mission.