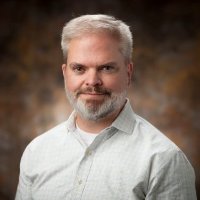 The first-ever mission to demonstrate an asteroid deflection technique for planetary defense – the Double Asteroid Redirection Test (DART), which is being designed and would be built and managed by the Johns Hopkins Applied Physics Laboratory – is moving from concept development to preliminary design phase, following NASA's approval on June 23.

"DART would be NASA's first mission to demonstrate what's known as the kinetic impactor technique – striking the asteroid to shift its orbit – to defend against a potential future asteroid impact," said Lindley Johnson, planetary defense officer at NASA Headquarters in Washington. "This approval step advances the project toward an historic test with a non-threatening small asteroid."

"DART is a critical step in demonstrating we can protect our planet from a future asteroid impact," said the Lab's Andy Cheng, who – with Andy Rivkin, also of APL – serves as the DART investigation co-lead. "Since we don't know that much about their internal structure or composition, we need to perform this experiment on a real asteroid. With DART, we can show how to protect Earth from an asteroid strike with a kinetic impactor by knocking the hazardous object into a different flight path that would not threaten the planet."

The target for DART is an asteroid that will have a distant approach to Earth in October 2022, and then again in 2024. The asteroid is called Didymos – Greek for "twin" – because it's an asteroid binary system that consists of two bodies: Didymos A, about one-half mile (780 meters) in size, and a smaller asteroid orbiting it called Didymos B, about 530 feet (160 meters) in size. DART would impact only the smaller of the two bodies, Didymos B.

The Didymos system has been closely studied since 2003. The primary body is a rocky S-type object, with composition similar to that of many asteroids. The composition of its small companion, Didymos B, is unknown, but the size is typical of asteroids that could potentially create regional effects should they impact Earth.

"A binary asteroid is the perfect natural laboratory for this test," said Tom Statler, program scientist for DART at NASA Headquarters. "The fact that Didymos B is in orbit around Didymos A makes it easier to see the results of the impact, and ensures that the experiment doesn't change the orbit of the pair around the sun."

After launch, DART would fly to Didymos, and use an APL-developed on-board autonomous targeting system to aim itself at Didymos B. Then the refrigerator-sized spacecraft would strike the smaller body at a speed about nine times faster than a bullet, approximately 3.7 miles per second (6 kilometers per second). Earth-based observatories would be able to see the impact and the resulting change in the orbit of Didymos B around Didymos A, allowing scientists to better determine the capabilities of kinetic impact as an asteroid mitigation strategy. The kinetic impact technique works by changing the speed of a threatening asteroid by a small fraction of its total velocity, but by doing it well before the predicted impact so that this small nudge will add up over time to a big shift of the asteroid's path away from Earth.

Small asteroids hit Earth almost daily, breaking up harmlessly in the upper atmosphere. Objects large enough to do damage at the surface are much rarer. Objects larger than 0.6 miles (1 kilometer) in diameter -- large enough to cause global effects -- have been the focus of NASA's ground-based search for potentially hazardous objects with orbits that bring them near the Earth, and about 93 percent of these sized objects have already been found. DART would test technologies to deflect objects in the intermediate size range—large enough to do regional damage, yet small enough that there are many more that have not been observed and could someday hit Earth. NASA-funded telescopes and other assets continue to search for these objects, track their orbits, and determine if they are a threat.

To assess and formulate capabilities to address these potential threats, NASA established its Planetary Defense Coordination Office (PDCO) in 2016, which is responsible for finding, tracking and characterizing potentially hazardous asteroids and comets coming near Earth, issuing warnings about possible impacts, and assisting plans and coordination of U.S. government response to an actual impact threat.

Although current law directs the development of the DART mission, DART is not identified as a specific budget item in the Administration's Fiscal Year 2018 budget.

DART is being managed by APL in Laurel, Maryland. The project would be overseen by the Planetary Missions Program Office at Marshall Space Flight Center in Huntsville, Alabama. DART also is supported by teams from the Goddard Space Flight Center, Greenbelt, Maryland; Johnson Space Center, Houston, Texas; and the Jet Propulsion Laboratory, Pasadena, California.

To learn more about NASA planetary defense and DART visit: