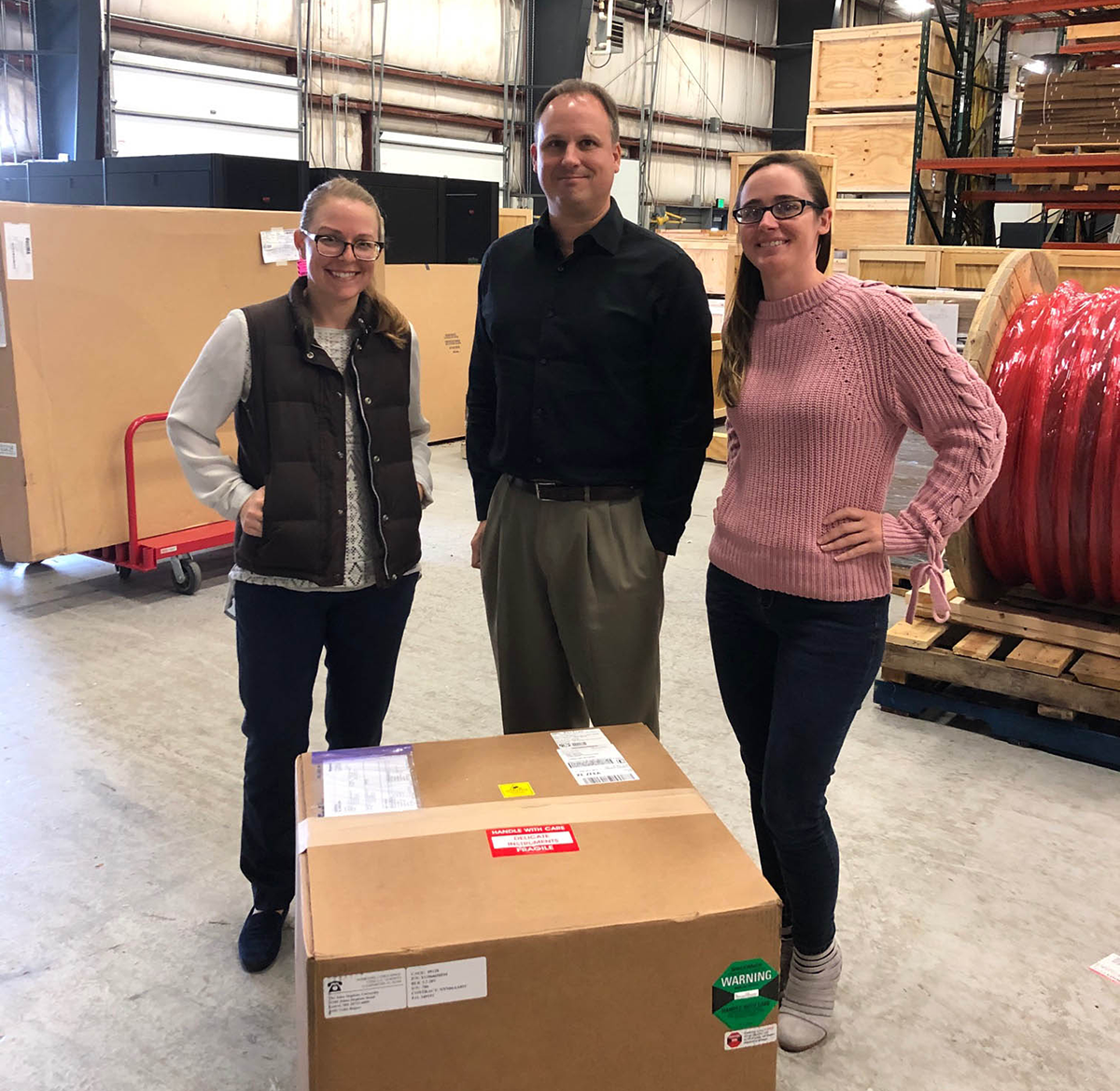 How will we make sure that NASA's Double Asteroid Redirection Test (DART) spacecraft is looking in the right direction? The mission's Guidance, Navigation and Control (GNC) team will use a variety of sensors to understand which way the spacecraft is pointed in space. It's our job to guarantee that the solar arrays are pointed at the Sun (providing the spacecraft with power), that the antenna is oriented toward Earth (ensuring communications), and that in the last few hours of the mission, the DRACO camera is pointed toward Didymos B -- enabling DART to impact the small asteroid moon.

Early November, the flight Inertial Measurement Unit, a GNC sensor that detects the spacecraft linear acceleration and its rotational rate, arrived at the Johns Hopkins Applied Physics Lab (APL). The sensor contains three accelerometers and three gyroscopes, providing the measurements for each axis of the spacecraft. The GNC software then uses these measurements, in conjunction with other sensor data, to understand changes in the spacecraft's orientation and to control its attitude. Honeywell Aerospace built and qualified units similar to this Miniature IMU (MIMU) for several recent APL-flown missions, including STEREO and New Horizons.

Our unit underwent a variety of tests at Honeywell before delivery to APL, verifying that it will survive launch and operate as expected in space. We are excited to start testing the MIMU with the spacecraft testbed, making sure that our flight software can command the unit and process the data from it. After a few months of testing and characterization here, the unit, named "Mark" by the Honeywell team (because it will make a "mark" on an asteroid), will be ready for integration onto the spacecraft. Soon, the star-tracking camera and Sun sensors will follow. With the delivery of that hardware, we will be firmly on the way to spacecraft integration and test.