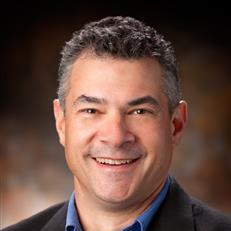 Lighting up the California coastline early in the morning of Nov. 24, a SpaceX Falcon 9 rocket carried NASA's Double Asteroid Direction Test (DART) spacecraft off the planet to begin its one-way trip to crash into an asteroid.

DART — a mission designed, developed and managed by the Johns Hopkins Applied Physics Laboratory (APL) in Laurel, Maryland, for NASA's Planetary Defense Coordination Office — is the world's first full-scale mission to test technology for defending the planet against potential asteroid or comet hazards. The spacecraft launched Wednesday morning at 1:21 a.m. EST from Space Launch Complex 4 East at Vandenberg Space Force Base in California.

As just one part of NASA's larger planetary defense strategy, DART will send a spacecraft to impact a known asteroid that is not a threat to Earth, to slightly change its motion in a way that can be accurately measured via ground-based telescopic observations. DART will show that a spacecraft can autonomously navigate to a target asteroid and intentionally collide with it. It's a method called kinetic impact, and the test will provide important data to help humankind better prepare for an asteroid that might post an impact hazard to Earth, should one ever be discovered.

"The Double Asteroid Redirection Test represents the best of APL's approach to space science and engineering: identify the challenge, devise an innovative and cost-effective technical solution to address it, and work relentlessly to solve it," said APL Director Ralph Semmel. "We are honored that NASA has entrusted APL with this critical mission, where the fate of the world really could rest on our success."

At 2:17 a.m. EST, DART separated from the second stage of its launch vehicle. Minutes later, mission operators at APL received the first spacecraft telemetry data and started the process of orienting the spacecraft to a safe position for deploying its solar arrays. Almost two hours later, the spacecraft successfully unfurled its two 28-foot-long roll-out solar arrays. They will power both the spacecraft and NASA's Evolutionary Xenon Thruster – Commercial (NEXT-C) ion engine, one of several technologies being tested on DART for future application on space missions.

"The DART team overcame the technical, logistical and personal challenges of a global pandemic to deliver this spacecraft to the launch pad, and I'm confident that its next step — actually deflecting an asteroid — will be just as successful," said Mike Ryschkewitsch, head of APL's Space Exploration Sector. "It gives me a lot of assurance that if we ever have to embark on an urgent planetary defense mission, we have the people and the playbook to make it happen."

DART's one-way trip is to the Didymos asteroid system, which comprises a pair of asteroids — one small, the other large — that orbit a common center of gravity. DART's target is the asteroid moonlet Dimorphos, which is approximately 530 feet (160 meters) in diameter and orbits Didymos, which is approximately 2,560 feet (780 meters) in diameter. Since Dimorphos orbits the larger asteroid Didymos at a much slower relative speed than the pair orbits the Sun, the slight orbit change resulting from DART's kinetic impact within the binary system can be measured much more easily than a change in the orbit of a single asteroid around the Sun.

The spacecraft will intercept the Didymos system in late September of 2022, intentionally slamming into Dimorphos at roughly 4 miles per second (6 kilometers per second) so that the spacecraft alters the asteroid's path around Didymos. Scientists estimate the kinetic impact will shorten Dimorphos' orbit by several minutes, and they will precisely measure that change using telescopes on Earth. The results will be used to both validate and improve scientific computer models that are critical to predicting the effectiveness of kinetic impact as a reliable method for asteroid deflection.

Andy Cheng, a Johns Hopkins APL planetary scientist and one of the DART investigation leads, reacts after the successful launch of the DART spacecraft. Cheng was the individual who came up with the idea of DART. He watched the launch from the Mission Operations Center at APL's Laurel, Maryland, campus.

"It is an indescribable feeling to see something you've been involved with since the ‘words on paper' stage become real and launched into space," said Andy Cheng, one of the DART investigation leads at APL and the individual who came up with the idea of DART. "This is just the end of the first act, and the DART investigation and engineering teams have much work to do over the next year preparing for the main event — DART's kinetic impact on Dimorphos. But tonight we celebrate!"

DART's single instrument, the camera DRACO (Didymos Reconnaissance and Asteroid Camera for Optical navigation), will turn on a week from now and provide the first images from the spacecraft. DART will continue to travel just outside of Earth's orbit around the Sun for the next 10 months until Didymos and Dimorphos will be a relatively close 6.8 million miles (11 million kilometers) from Earth.

A sophisticated guidance, navigation and control (GNC) system, working with algorithms developed at APL called SMART Nav (Small-body Maneuvering Autonomous Real Time Navigation) will enable the DART spacecraft to identify and distinguish between the two asteroids and then, working in concert with the other GNC elements, direct the spacecraft toward Dimorphos, all within roughly an hour of impact.

Provided by the Italian Space Agency, the Light Italian CubeSat for Imaging of Asteroids (LICIACube) will ride along with DART and be released prior to impact. LICIACube will then capture images of the DART impact, the resulting ejecta cloud and possibly a glimpse of the impact crater on the surface of Dimorphos. It will also look at the back side of Dimorphos, which DRACO will never have a chance to see, gathering further data to enhance the kinetic models.