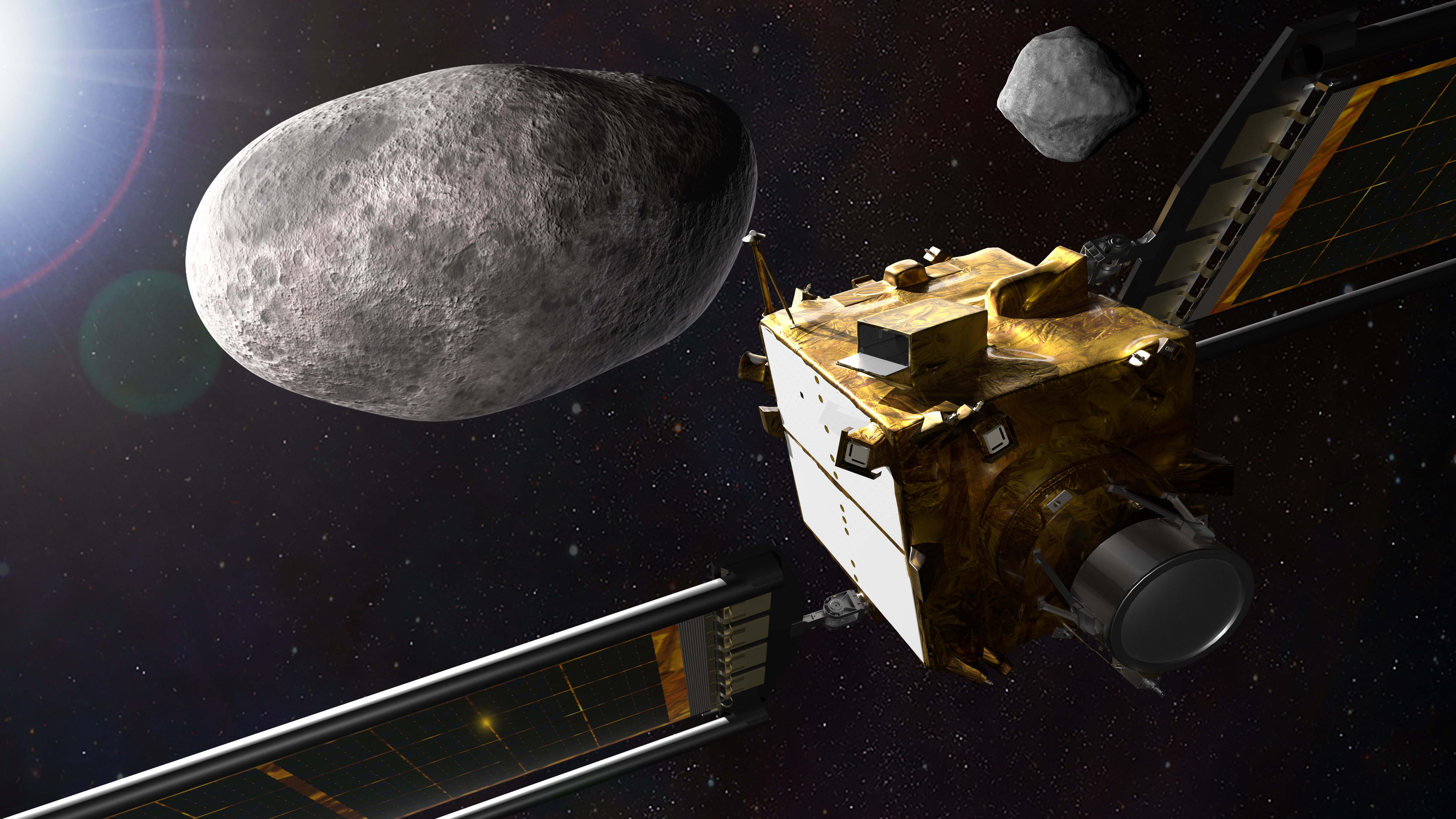 DART, NASA's first planetary defense test mission, will demonstrate asteroid deflection using a kinetic impactor technique. This will involve autonomously piloting the APL-built spacecraft into an asteroid at roughly 4 miles (or about 6.5 kilometers) per second.

DART, the first planetary defense test mission, will now move into integration and testing, where the spacecraft and its systems come together.

An Integration and Readiness Review board, led by chief engineer Steven Thibault of APL's Space Exploration Sector and including members of the NASA Standing Review Board and APL experts, met at APL in Laurel, Maryland, on March 11-12.

DART's engineering team, led by APL mission systems engineer Elena Adams, presented the state of the mission's readiness, which includes the status of the spacecraft build, software and mission operations, and of the integration and test team and facilities.

"The review team had great things to say on our progress and verification, safety and testing approach," Adams said. "The DART mission continues to move forward and we are focused on getting started on this critical next phase." 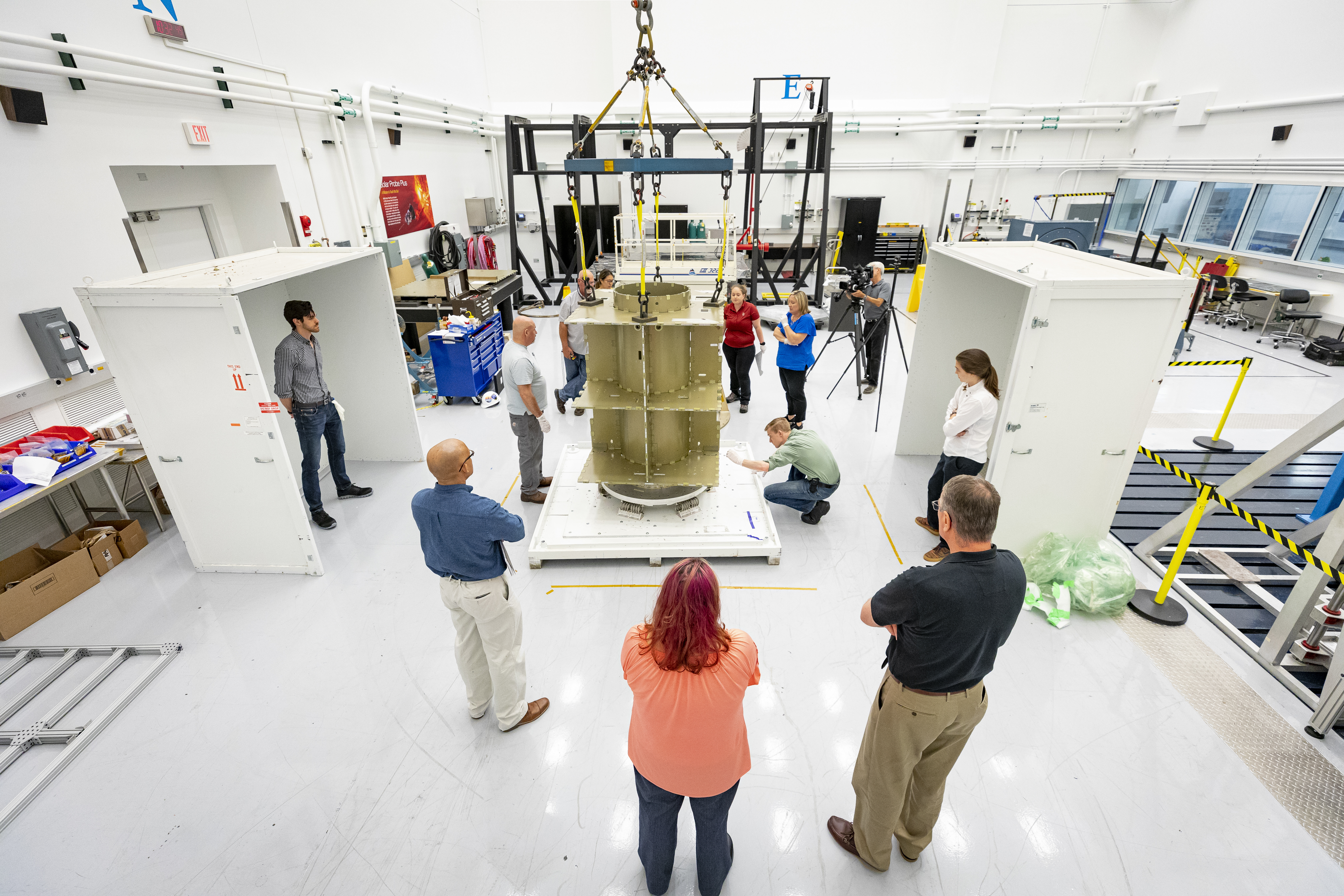 The DART engineering team at APL is preparing for the return of the spacecraft primary structure from Aerojet in Redmond, Washington, where its propulsion system was installed. Last July, the primary structure (pictured) underwent a series of tests before shipping to Aerojet.

The team is preparing for the arrival of the spacecraft primary structure in early May from Aerojet in Redmond, Washington, where DART's propulsion system was installed.

Once the spacecraft is back at APL, the integration and test team will begin installation of the wiring harness and assembling other elements, including the Didymos Reconnaissance and Asteroid Camera for Optical navigation (known as DRACO). In the meantime, the team has tested and operated the newly delivered power processing unit for the NEXT-C thruster, a technology demonstration, with the spacecraft's avionics, autonomy and flight software.

DART – designed, built and managed for NASA by APL – will be the first mission to demonstrate asteroid deflection using a kinetic impactor technique. This will involve autonomously piloting the spacecraft into an asteroid at roughly 4 miles (or about 6.5 kilometers) per second. The ultimate objective is to measure the resulting change in orbit of the impact target, the small moonlet Didymos B, around the larger primary asteroid, Didymos A. The asteroid pair will be nearly 7 million miles (11 million kilometers) from Earth when DART arrives, presenting no threat to our planet, but in an ideal place for ground-based observers to collect data before and after impact.

DART will launch on a SpaceX Falcon 9 rocket from Vandenberg Air Force Base, California, in late summer 2021. It is the first flight mission to be built for NASA's Planetary Defense Coordination Office.