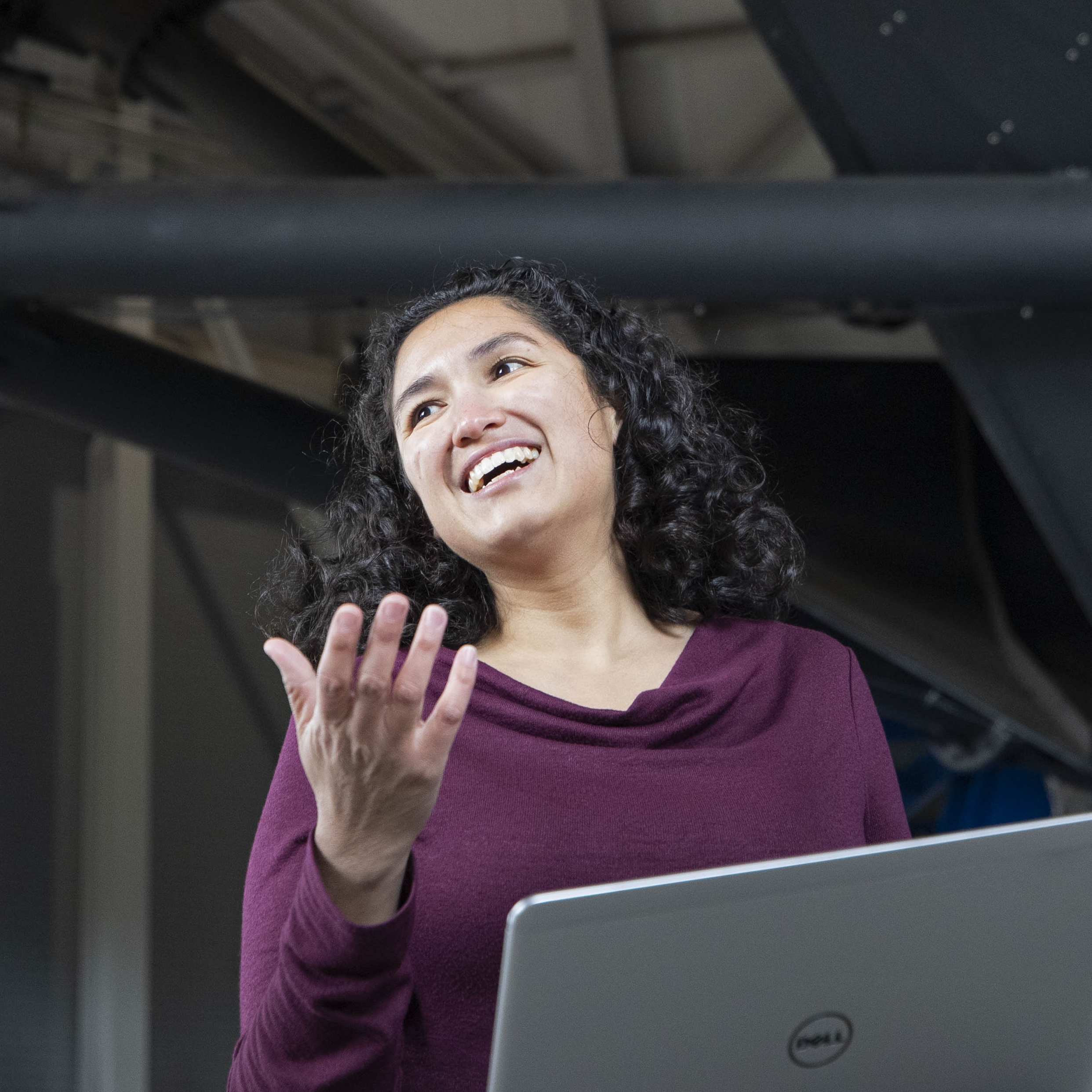 Using Telescopes to Understand Our Target

Didymos, the bright object in the center, moving across a background of stars as seen from the Very Large Telescope at the European Southern Observatory in Chile. The telescope time was obtained by a team led by Benoit Carry (Observatory de la Cote d'Azur), and the observations were made by Andy Rivkin (APL). Credit: Northern Arizona University/Colin Chandler

There are so many important components involved in getting the Double Asteroid Redirection Test (DART) to Didymos. As a ground-based observer, I am particularly excited that telescopes are high up on that list of critical elements. I lead the DART observing working group and we have been hard at work for the past several months trying to obtain more information about the Didymos binary system and the orbit of "Didymoon" in particular, the DART spacecraft's target. This information is so critical to the mission because our job as observers is to note the change in the orbit of Didymoon after the impact of DART. We need to have a very firm understanding of the pre-impact orbit to understand how much we've changed the orbit.

Our team primarily studies the lightcurve of Didymos in order to understand the system dynamics. A lightcurve is a measurement of an object's brightness over time. For Didymos, the lightcurve changes due to three key factors: the rotational period of the primary (Didymos A, the larger object in the binary system), the orbital period of Didymoon, and the rotational period of Didymoon. Of particular importance to DART is the orbital period of Didymoon (or how long it takes Didymoon to make one orbit around the larger body). We measure this through the timing of mutual events. These events are when Didymoon goes either in front of or behind Didymos A from our viewing angle or when one body casts a shadow on the other from our perspective. In these situations, the brightness of Didymos will fall a small, but measurable amount. Repeated observations of the system enable more accurate predictions of where Didymoon is at any given moment—including the moment of impact.

We started planning our observing effort in the summer of 2018 at the Didymos Observers Workshop. Our international team gathered to discuss what data we had from past observing windows, the quality of data needed to reach our goals, and which telescopes could be used to achieve these goals. From that discussion we generated a list of telescopes that our group would propose to use in the 2019 observing window. These proposals were due in the fall and we spent the next couple of months hoping that we had made our case clear to the telescope allocation committees.

We were fortunate enough to get 11.5 nights on six large telescopes ranging from the 4.3-meter Discovery Channel Telescope in Arizona to the 10.4-meter Gran Telescopio Canarias on the Canary Islands (Spain). For the last three months, many people have worked hard to plan the observing, take the observations, calculate the lightcurves, and include the newest lightcurves into models of the Didymos system. And we've been trying to work fast! When the impact happens in 2022, the telescope data will need to be studied quickly so we can share the results with other team members.

As with most observing programs, not all of our nights were successful—we had high winds, high humidity and scheduling issues throughout. Overall though, we had several nights of great data and I'm looking forward to seeing the final results of our effort.

I already know that we will still have so much to learn. Didymos will be bright enough to observe again in mid-2020 for approximately eight months. In fact, it'll be even brighter than it was earlier this year and our team is looking forward to repeating the process again.

Beyond DART, our observations will help us better understand near-Earth asteroid binary systems. About 15% of near-Earth asteroids are thought to be binary systems, so they're a small, but notable amount of the population. The shape of Didymos A and the orbit of Didymoon have already contributed to our understanding of the formation of these systems and our future observations will help us understand their current evolution.

It's been a while since I first imagined sending a spacecraft to Didymos. A decade ago, I was in a mission design summer school at NASA Ames Research Center as a graduate student with a dozen other students with a wide range of scientific interests. Of that small group, four of us are now actively involved in DART and it has been really exciting to see how far we've all come. I know we're all excited for DART's impact in 2022!