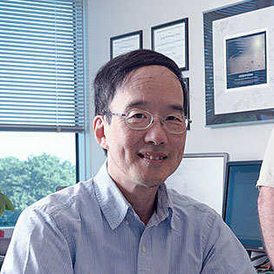 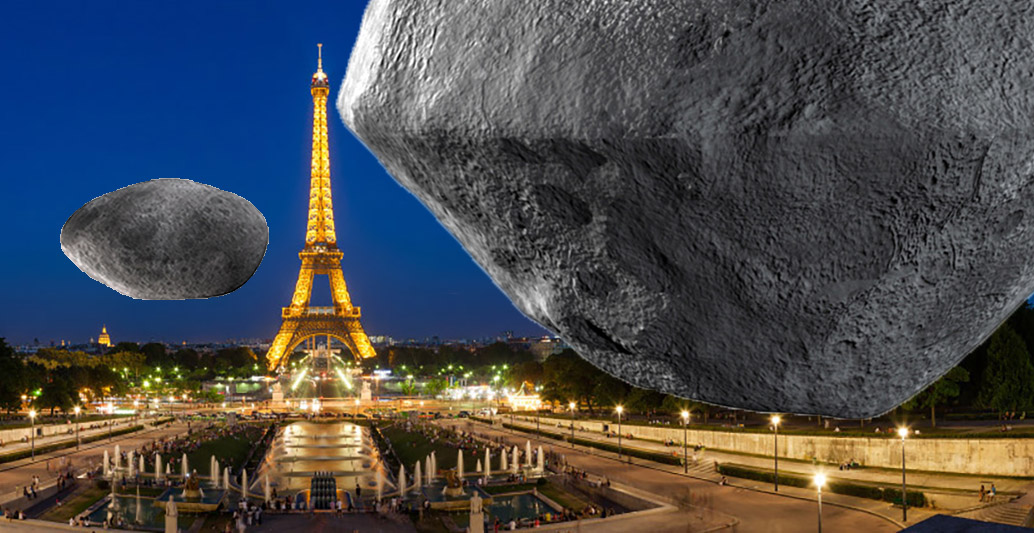 The DART target Didymos B has a diameter of ~160 meters and is about half the height of the Eiffel Tower. Didymos A, the primary member of the binary system, is ~780 meters in diameter.

I've been a space scientist for more than 30 years, and I've had the good fortune to be associated with some of the most exciting missions ever, including the 2001 NEAR Shoemaker mission, which entered orbit around the asteroid 433 Eros and then landed on it, the first mission to achieve either feat, and New Horizons, which performed the first exploration of Pluto in 2015 and continues to the Kuiper Belt beyond. New Horizons will encounter 2014 MU69 (nicknamed "Ultima Thule" by the team) on New Year's Day 2019.

These are tough acts to follow, but DART—Double Asteroid Redirection Test—is truly special to me. Why would it be special? How can there be a mission more exciting than one that crashes a spacecraft at full tilt into an asteroid? That admittedly appeals to the side of me that needs to be hushed and told to sit quietly – but that is not why it feels special to me. Perhaps it is to be able to say, very modestly, that we're working on a mission that might one day be needed to save the planet – but I have never found a way to say that and don't expect to. DART feels special to me because on a cold winter morning in my basement in early 2011, the idea for the mission first came to me, completely unbidden and unexpected. I was stretching there during my morning exercise routine, when I was suddenly struck by the idea that the first demonstration of asteroid deflection for planetary defense could be done at a binary asteroid—a system of two asteroids. This would only require a single spacecraft instead of two, and thus be less difficult and more cost-effective than previously-considered options.

Our first study of such a mission was performed in the fall of 2011. Some of the key people on that first study are now working on DART as lead engineers: Justin Atchison (mission design), Elizabeth Congdon (structures and mechanical), Zachary Fletcher (payload, a visible imager), and Jeremy John (propulsion). We can hope to hear from some or all of them on this blog in coming months and years. That first study identified the binary asteroid Didymos as the ideal target for a first demonstration of asteroid deflection. Didymos will approach close to Earth in October 2022 (coming to 0.071 AU or 6.6 million miles ). That's why DART, as the mission eventually came to be known, will demonstrate a kinetic impact on Didymos B, the moon of that binary asteroid system.

The target Didymos B is about 160 meters in diameter, which is about half the height of the Eiffel Tower . This target size is realistic for an asteroid mitigation test because the potential impact of an asteroid the size of Didymos B on Earth would be sufficient to destroy an entire metropolitan region. Hitting a target as small as Didymos B with a spacecraft is a challenge and requires autonomous navigation, where the spacecraft steers itself into the target using its 20-centimeter telescope with onboard processing of images of the target. DART will use guided missile technology to accomplish this autonomous navigation.

Another challenge of a different kind is that DART must document precisely where it impacted on Didymos B and return high resolution images of the impact site, to determine the local topography and geology. These images must be returned to Earth in the final minute of DART's plunge to the surface. DART must acquire the images and return them before the impact, unlike flyby missions (such as New Horizons) which can store the information for transmission to Earth slowly over subsequent weeks and months.

DART is indeed a challenging mission, but I'm excited and thrilled beyond measure to be part of it.