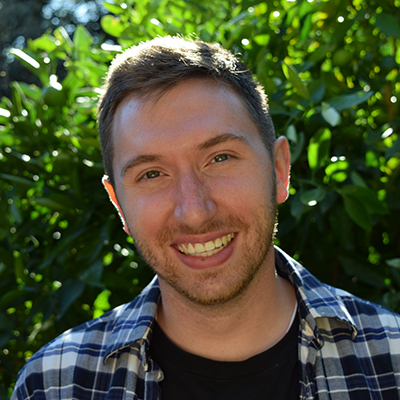 Illustration of NASA’s DART spacecraft and the Italian Space Agency’s (ASI) LICIACube prior to impact at the Didymos binary system.

Sending the signal to release LICIACube at 7:14 p.m. EDT Sunday evening — exactly 15 days before DART is scheduled to impact the asteroid moonlet Dimorphos — DART team members watched with held breath for signal confirmation the CubeSat had deployed safely. Cheers rang out when the signal finally came nearly an hour later.

“We are so excited for this — the first time an Italian team is operating its national spacecraft in deep space!” exclaimed Simone Pirrotta, LICIACube project manager for the Italian Space Agency (ASI), which contributed and manages LICIACube. “The whole team is fully involved in the activities, monitoring the satellite status and preparing the approaching phase to the asteroid’s flyby. We expect to receive the first full-frame images and to process them a couple of days after DART’s impact. We’ll then use them to confirm impact and to add relevant information about the generated plume — the real precious value of these photos.”

Designed, manufactured and operated by the Italian aerospace company Argotec with participation from the National Institute of Astrophysics and the Universities of Bologna and Milan, LICIACube (pronounced LEE-cha-cube) is programmed to document the effects of DART’s impact on Sept. 26. It will collect unique images of the asteroid surface as well as of debris ejected from the newly formed crater, delivering valuable information that will inform computer models of satellite-asteroid impacts and provide a spectacular testament of the mission’s success.

The CubeSat carries two optical cameras: LUKE (LICIACube Unit Key Explorer) and LEIA (LICIACube Explorer Imaging for Asteroid). Each will capture scientific data that will inform the microsatellite’s autonomous system by finding and tracking the target asteroid Dimorphos throughout DART’s encounter. The LICIACube team is now in the process of calibrating the spacecraft and its payload by capturing images of celestial bodies at different rates and integration times.

The team will later load the command maneuvers for the satellite’s final trajectory, which will fly it past Dimorphos about three minutes after DART’s impact. That slight delay will allow LICIACube to confirm impact, observe the plume’s evolution, potentially capture images of the newly formed impact crater and view the opposite hemisphere of Dimorphos that DART will never see.

Importantly, the images will complement those from DART’s own high-resolution imager DRACO (Didymos Reconnaissance and Asteroid Camera for Optical navigation), helping to better characterize the effectiveness of DART’s impact at deflecting Dimorphos.

“We are excited to have LICIACube on its way — our intrepid little reporter that we hope will make a valuable contribution to DART,” said Andrew Cheng, a lead investigator of DART and a planetary scientist at the Johns Hopkins Applied Physics Laboratory (APL) in Laurel, Maryland. “What it will witness and document will provide us unique and important information that we otherwise wouldn’t get to see.”

The LICIACube project is managed by ASI’s Robotic Exploration Mission Office, with industrial contractor Argotec S.r.I. and a scientific team from the National Institute of Astrophysics, the Polytechnic University of Milan, the University of Bologna, the University of Naples Parthenope and National Research Council “Nello Carrara” Institute of Applied Physics (CNR-IFAC). For more information on LICIACube, visit https://www.asi.it/esplorazione/sistema-solare/liciacube/ or https://www.asi.it/en/planets-stars-universe/solar-system-and-beyond/liciacube/.

Johns Hopkins APL manages the DART mission for NASA’s Planetary Defense Coordination Office as a project of the agency’s Planetary Missions Program Office. DART is the world’s first planetary defense test mission, intentionally executing a kinetic impact into Dimorphos to slightly change its motion in space. While the asteroid does not pose any threat to Earth, the DART mission will demonstrate that a spacecraft can autonomously navigate to a kinetic impact on a relatively small asteroid and prove this is a viable technique to deflect an asteroid on a collision course with Earth if one is ever discovered. DART will reach its target on Sept. 26, 2022.