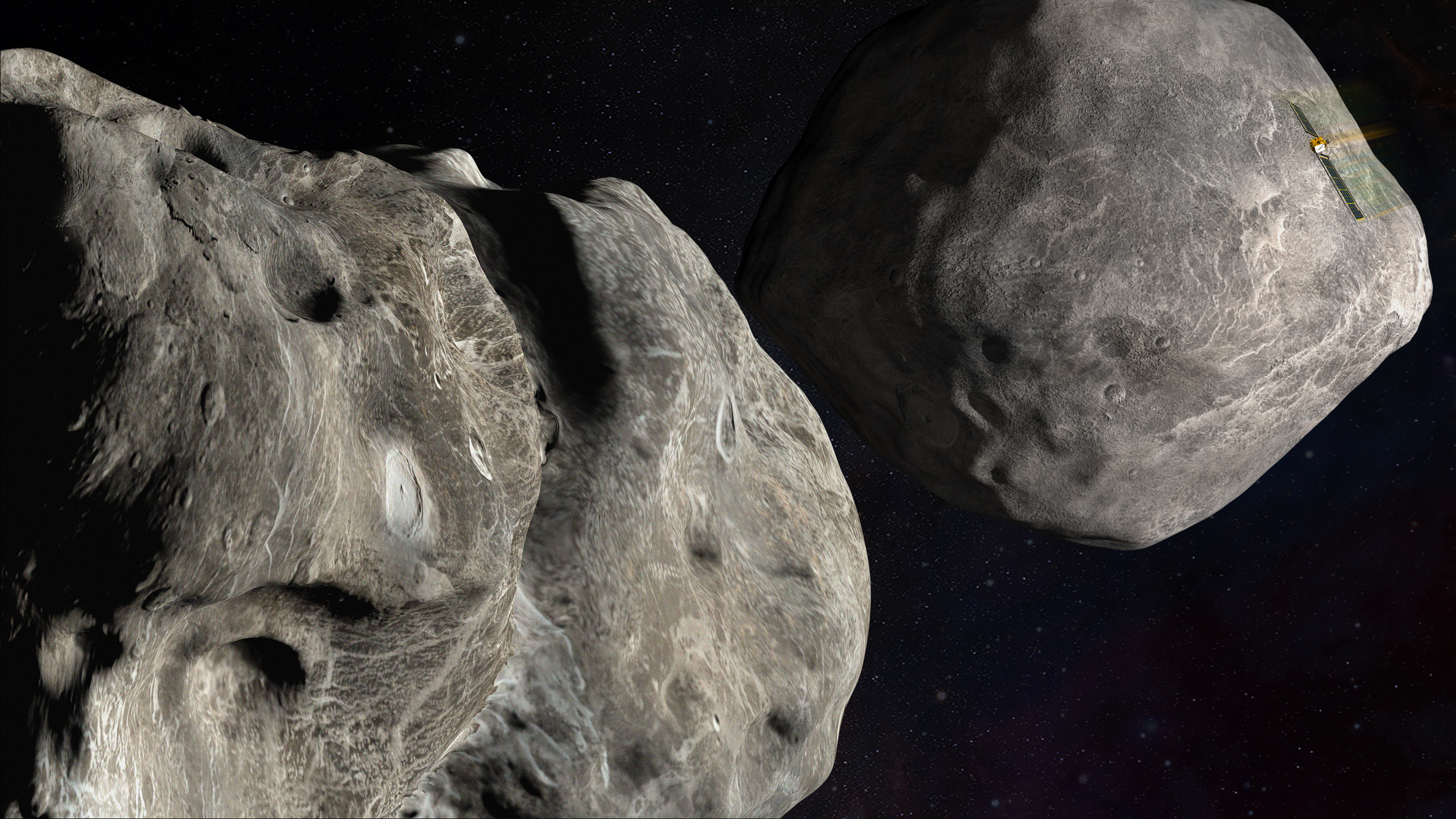 DART will be the first mission to demonstrate asteroid deflection using a kinetic impactor technique. This will involve autonomously piloting the APL-built spacecraft into an asteroid at roughly 4 miles (or about 6.5 kilometers) per second. The ultimate objective is to measure the resulting change in orbit of the small moon Didymos B around the primary asteroid, Didymos A. The asteroid system will be nearly 7 million miles (11 million kilometers) from Earth when DART arrives, and no threat to the planet, but its proximity makes it ideal for collecting ground-based observations before and after impact.

To finalize the spacecraft design, team members and reviewers met at APL in Laurel, Maryland, over the summer to assess its critical elements. During DART's three-day Critical Design Review (CDR) in June, team members shared 30 presentations covering topics such as spacecraft and trajectory design, mission requirements, spacecraft systems, mission assurance, and schedule and costs. The review was presented to a panel of external experts tasked with evaluating the information and assessing its progress for NASA.

"The CDR went really smoothly, and that is because of all the work the team did leading up to it," said Elena Adams, DART mission systems engineer at APL. "We are in a very good spot right now, and the review board saw and acknowledged that. We plan to keep that momentum going all the way to the asteroid!"

The team then reconvened at APL in September for the two-day Mission Operations Review. DART team members presented to APL peers independent from the project. Led by APL's Ray Harvey, the MOR focused on mission operations and data processing and analysis. Like the Critical Design Review, the MOR was another important step in assessing team members' work progress and planning for the operations phase of the mission.

"These reviews demonstrate that we have done our due diligence and developed and designed a mission that will succeed," said Ed Reynolds, DART project manager at APL. "This means we are ready for the next step: the fabrication and assembly of the DART spacecraft."

The next major NASA milestone for DART is the Key Decision Point-D. Set for April 2020, "all systems go" at KDP-D would officially allow the project to move from spacecraft design and fabrication to integration and testing.

DART will launch on a SpaceX Falcon 9 rocket from Vandenberg Air Force Base, California, in late summer 2021. It is the first flight mission to be built for NASA's Planetary Defense Coordination Office. The DART mission is led by APL.